Are you a woman born in the mid fifties in the UK ??

Recently we have seen many changes to the state pension here in the U.K. for most women born in the mid fifties a extra 6 year wait has been added on to the retirement age so instead of retirement at the age of 60 you now have to wait till your 66th birthday.

This has caused a lot of outrage and rightly so especially for those who have worked many years to qualify for this pension.

Now do not get me wrong I always thought men and woman should retire at the same age, it is the way this change was pushed through, not enough notice was given to try and bridge this gap, or information as to what we can do about this.

On average women born in the mid fifties stand to lose approximately £48.000 pounds from their pension and for an average working woman this is quite a big amount to try and find to bridge the gap.

The government carry on like this is a benefit however it is not we have paid into this and trusted them to take care of our money, had they worked this out sooner we could have made other arrangements.

Even for those who have paid into a private pension are being warned now that the may only receive 50% of their pensions so if you have time go and get advice on what the future holds for you, how effective are private pensions for the averaging working person, young people need to think of this now and start saving.

Recently I joined a group called WASPI and in doing so joined thousands and woman up and down the country to fight this in justice, whilst I know things have to change I am sure there could have been a better and fairer way to do this. I signed the petition to express my opinion on what had been done, this is the response I received. 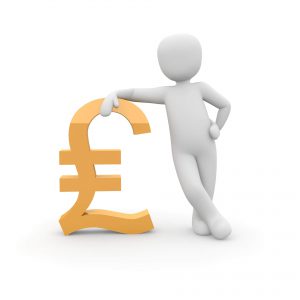 In November 2015  I received a letter to inform me that I cannot have my pension till I am 66yrs old giving me 3yrs notice to do What ??  exactly I had no idea.

Trying to get into work can be very difficult especially if you are like me and have health issues.

So a few points that stood out for me are :-

We have a unique government that can predict how long we will live for so for woman working forty years or more you can still enjoy 20.5 years of retirement !!!!  lets face it had the government done a better job in managing the country’s money we perhaps would not be in this position, how much gets wasted, how much is spend on stuff that is not necessary when will they put the Great back into Britain.

Recently it was suggested by a M.P in a debate that we should stop thinking about retirement and perhaps take on a modern apprenticeship really!! next they will be suggesting workhouses.

Don’t get me wrong if I can continue working longer I will, however for me to do this I had to learn new skills and believe me takes me longer to learn these days.

To get a job I began self employed seemed the only way to work around health , not to mention the constant job rejections.

Why would a company hire me when there are younger, fitter and more reliable people out there, especially those smaller companies where every penny counts.

At one time you could go on to pension credit which is a reduced pension till you got to the official retirement now that has been moved to 66yrs as well.

However if you reached retirement age before April 2016 you may be entitled to this, if you want to check go to the government website.

There is also a pension checker you can go to that will tell you how much your pension will be and when you will get it.

We all know the Law and Justice are not the same thing and where as the government advise us they have no legal duty to advise us, does that make it right where are the moral standards.

All the money they take care of is the money of the people do we not have a right to know what they are doing with it, money for state pensions or private should be kept apart and no one should be able to use it for any other means.

Some of the problems woman born in the mid fifties face:

If you are in this position make your voice be heard join thousands of other woman to try and get a fair deal , sign up and join WASPI again I emphasis we are all in favour of equality however I as well as thousands of others feel that this has been unfairly done, there is a difference between waiting one or two years six years is a long stretch.

I am still learning and working towards trying to provide the loss of income I will have for the next 6 years, the internet has provided me with opportunities and I feel fortunate to be able to learn.

I am aware there are many who do not use computers or perhaps do not know how to use the internet, this could be a possible way for you.

These are only my opinions and I am sure you have your own thoughts on this matter, so if you want to share your thoughts on the matter just leave a comment

Iconic One Theme | Powered by Wordpress
We use cookies to ensure that we give you the best experience on our website. If you continue to use this site we will assume that you are happy with it.OkRead more